Take a different view of you

Sometimes it may feel like you are driving alone, far behind everyone else. 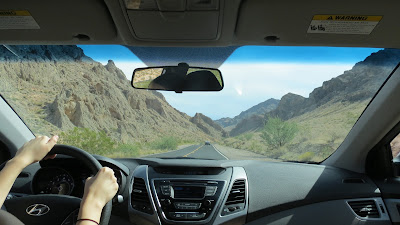 You decided where you want to go. You found out the best way to get there. Picked music to listen to. Pulled over to get gas to get wherever you are heading for. 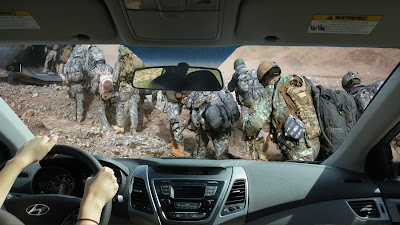 Without warning it happens and then, what was behind you, catches up.
It can be a shock to see something that isn't there anymore. It can make you feel as if you've lost your mind.

The choice is, do you keep going alone or do you find someone to share the driving with?


This is a post I did back in 2010 and it will give you a better idea of how to get there. Keep that in mind when you read some numbers.


Over the years many veterans come to mind when I read something like this. One Marine stands out in my thoughts right now. I was at the Orlando VA with my husband waiting outside with the smokers for his appointment to be over. I sat with a couple of young Marines as they struggled to fill out paper work. One of the Marines broke down while we were talking. I took his hands in mine and asked him if he wanted to talk. Tears flowed more.

He kept repeating "I'm a Marine" as he apologized for crying and then told me he wasn't supposed to cry, that I didn't understand, he was a Marine and Marines don't cry. I asked him if he was ever told he was no longer human by the Marines. We talked some more and he told me that he just didn't train his brain as well as he was supposed to. He was supposed to be able to take it all. Then it came out he had BattleMind training and thought it was his fault he didn't train his brain enough to prevent it. I help him in my arms as I prayed for him and we talked some more.

"Many of the troops kill themselves because they feel that those kinds of experiences have made them unforgivable," said Dr. William Nash, a top PTSD researcher. "It's a lot harder for most people to forgive themselves than to forgive others."

He couldn't forgive himself for what he had to do anymore than he could forgive himself for not preventing PTSD. I told him that it took more courage for him to be carrying that kind of pain while he was in Iraq, still doing his duty, still watching over his brothers, still being there when he was needed and putting others first while his soul was so wounded. It was not until he was not needed to save their lives and back home that he allowed himself to feel the pain.

God sees it all. He knows what is in the heart of the warrior and what the intent was. He knows that the parts of the human mind go to war with each other as they struggle between what the think is right and what they believe in against what ends up causing in the process. They believe in fighting for their country and for their brothers, but they end up having to do horrible things just as they have to witness horrible things being done. They wonder where God was when man is capable of such acts and innocent people die, just as they wonder why they lived but their friends did not or why the enemy put innocent civilians into the violence instead of protecting them from it.

They may be reminded that Christ Himself forgave the people who nailed Him to the cross and there is nothing they cannot be forgiven for, but the hardest part is to get them to forgive themselves. They can no longer see what was in their hearts (soul) before the horrors of war invaded it. It was not their intent to kill as many people as possible as much as it was to be there for their friends and to do what the nation asked of them. Yet after they only remember the evil they participated in or witnessed. They take on that evil in their souls and it haunts them.

Even when they believe God has forgiven them, they still have to struggle to find forgiveness for themselves. This is nearly impossible for those who still do not know what PTSD is or what caused it to enter into them.

We will see so much more suicides and attempted suicides until they get the message that it is not their fault, they are not guilty beyond forgiveness and PTSD is not the judgement of God against them.
Psalm 4


1 Answer me when I call to you,
O my righteous God.
Give me relief from my distress;
be merciful to me and hear my prayer.

2 How long, O men, will you turn my glory into shame

4 In your anger do not sin;
when you are on your beds,
search your hearts and be silent.
8 I will lie down and sleep in peace,
for you alone, O LORD,
make me dwell in safety.

6 I am worn out from groaning;
all night long I flood my bed with weeping
and drench my couch with tears.

8 Away from me, all you who do evil,
for the LORD has heard my weeping.

9 The LORD has heard my cry for mercy;
the LORD accepts my prayer.

10 My shield is God Most High,
who saves the upright in heart.

This is what Combat PTSD is all about. They can try to wish it away, but the truth is, it has entered into the souls of those we send to fight. It comes into the souls of the courageously compassionate, willing to die to save someone else because they care so much. PTSD only comes from a traumatic event and is not born in the mind as much as it invades it. Once they understand it, they can begin to heal.

Reading the Bible, it is not about one religion over another, but is a historical account of what we now call Post Traumatic Stress Disorder. We tend to push out of our memories exactly what war was like in ancient times and how many of the heroes of the Bible were in fact warriors and commanders as well as kings. They had great faith but even with that spiritual connection, they struggled with finding forgiveness for what they had to do. The Bible is full of these accounts and many of the Psalms show just how deeply that wound cut into their soul.


Last year, 52 Marines took their lives. Thirty-six of those troops had seen combat, and 11 of the self-inflicted deaths took place in Iraq and Afghanistan, Driver said.


MILITARY:
Suicide rate confounding Marine Corps
'We have to get to the solution,' a top general says

"We have to get to the solution," said Lt. Gen. Richard Zilmer, deputy commandant for manpower and reserve affairs, during a three-day conference on combat stress at the Town & County Resort and Convention Center in San Diego.

"We are at the point where we need to take action. It won't get any better with the status quo."

So far this year, 14 Marines have killed themselves, including seven with combat experience. An additional 72 attempted suicides were recorded in the first four months of the year, according to Bryan Driver, a spokesman in the Personal and Family Readiness Division.
click link above for more

They stop seeing themselves as noble individuals willing to risk their lives for others and start to see themselves as evil abandoned by God and thus the haunting of their souls is judgment from God. They begin to believe they are guilty instead of being heroic. They forget the sounds of appreciation coming from crowds and begin to hear the sounds of battle as battle becomes them.

As soon as the military understands this, they will then begin to be able to help them heal and what they will have after are stronger, braver, soulfully fortified military men and women still willing to die for the sake of others.


Now, you may have asked the question "how are you" a lot of times everyday to other other people. When was the last time you asked yourself how you are? Time to change the answer from hurting to healing?
at August 07, 2017 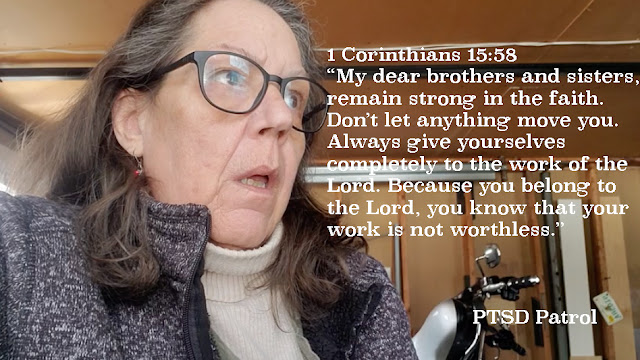