PTSD Patrol You're All I Need


"You're all I need to get by" would be so nice to hear again but for far too many, they feel as if they cannot do anything for anyone, especially if they are dealing with PTSD. It causes inspiration and hope to be crushed. How can you think you can mean anything to anyone, if you don't think you matter?

Look at the people in your life and know that you do matter. Remember how much they mean to you and what things were like before you transformed from what a world where you knew what "normal" was like, and it all spun out of control.
There was a time when I didn't think my husband I were going to make it another week, yet we're still together after 38 years...we met in 1982. There was a time when he didn't believe he deserved to be happy again, until he finally knew why he did.
I think back to times in my own life when people showed me I mattered, even when I didn't want to even get out of bed. When they were happy to see me walk through the door, when I didn't even want to go there. Little by little, people decided to lift someone else up because it made them feel good inside. It sure as hell feels a lot better than trying to knock someone down.
A lot of people I know have been posting about how they feel used up. They do good for other people, yet what they did was not appreciated at all. I tell them to keep doing good because that wonderful feeling they get inside, is their reward. If it is taken for granted, then, it is the other person's responsibility. I forgive them, shake the dust off my feet and walk away. It does not stop me from doing good for someone else. That is what love is.
I try to remember that in everything I do and you should too!
#BreakTheSilence and #TakeBackYourLife from #PTSD 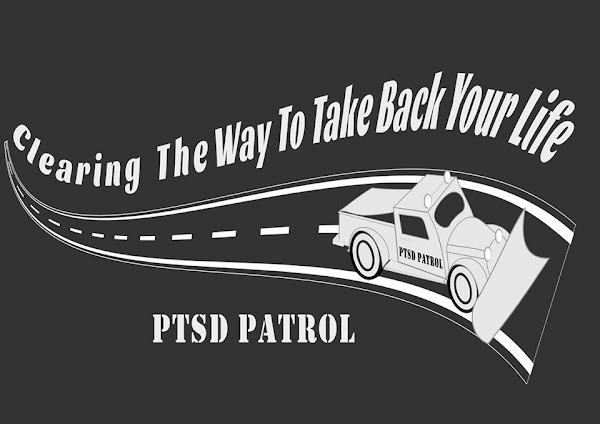 Here is a story about what it means to be part of a miracle. 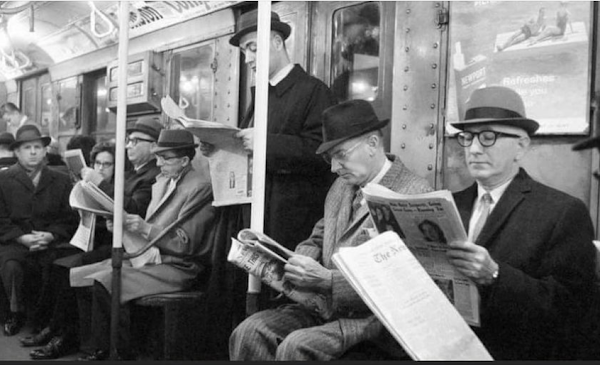 Stephan Wenz October 17 at 12:35 AM
DID GOD RIDE THE BROOKLYN SUBWAY

Marcel Sternberger was a methodical man of nearly 50, with bushy white hair, guileless brown eyes, and the bouncing enthusiasm of a czardas dancer of his native Hungary. He always took the 9:09 Long Island Railroad train from his suburban home to Woodside, N.Y.., where he caught a subway into the city.

On the morning of January 10, 1948, Sternberger boarded the 9:09 as usual. En route, he suddenly decided to visit Laszlo Victor, a Hungarian friend who lived in Brooklyn and was ill.

Accordingly, at Ozone Park, Sternberger changed to the subway for Brooklyn, went to his friend’s house, and stayed until midafternoon. He then boarded a Manhattan-bound subway for his Fifth Avenue office. Here is Marcel’s incredible story:

The car was crowded, and there seemed to be no chance of a seat. But just as I entered, a man sitting by the door suddenly jumped up to leave, and I slipped into the empty place. I’ve been living in New York long enough not to start conversations with strangers. But being a photographer, I have the peculiar habit of analyzing people’s faces, and I was struck by the features of the passenger on my left. He was probably in his late 30s, and when he glanced up, his eyes seemed to have a hurt expression in them. He was reading a Hungarian-language newspaper, and something prompted me to say in Hungarian, “I hope you don’t mind if I glance at your paper.”

The man seemed surprised to be addressed in his native language. But he answered politely, “You may read it now. I’ll have time later on.”

During the half-hour ride to town, we had quite a conversation. He said his name was Bela Paskin. A law student when World War II started, he had been put into a German labor battalion and sent to the Ukraine. Later he was captured by the Russians and put to work burying the German dead. After the war, he covered hundreds of miles on foot until he reached his home in Debrecen, a large city in eastern Hungary.

I myself knew Debrecen quite well, and we talked about it for a while. Then he told me the rest of his story. When he went to the apartment once occupied by his father, mother, brothers and sisters, he found strangers living there. Then he went upstairs to the apartment that he and his wife once had. It also was occupied by strangers. None of them had ever heard of his family.

As he was leaving, full of sadness, a boy ran after him, calling “Paskin bacsi! Paskin bacsi!” That means “Uncle Paskin.” The child was the son of some old neighbors of his. He went to the boy’s home and talked to his parents. “Your whole family is dead,” they told him. “The Nazis took them and your wife to Auschwitz.”

Auschwitz was one of the worst Nazi concentration camps. Paskin gave up all hope. A few days later, too heartsick to remain any longer in Hungary, he set out again on foot, stealing across border after border until he reached Paris. He managed to immigrate to the United States in October 1947, just three months before I met him.

All the time he had been talking, I kept thinking that somehow his story seemed familiar. A young woman whom I had met recently at the home of friends had also been from Debrecen; she had been sent to Auschwitz; from there she had been transferred to work in a German munitions factory. Her relatives had been killed in the gas chambers. Later she was liberated by the Americans and was brought here in the first boatload of displaced persons in 1946.

Her story had moved me so much that I had written down her address and phone number, intending to invite her to meet my family and thus help relieve the terrible emptiness in her life.

It seemed impossible that there could be any connection between these two people, but as I neared my station, I fumbled anxiously in my address book. I asked in what I hoped was a casual voice, “Was your wife’s name Marya?”

He looked as if he were about to faint.

I said, “Let’s get off the train.” I took him by the arm at the next station and led him to a phone booth. He stood there like a man in a trance while I dialed her phone number. It seemed hours before Marya Paskin answered. (Later I learned her room was alongside the telephone, but she was in the habit of never answering it because she had so few friends and the calls were always for someone else. This time, however, there was no one else at home and, after letting it ring for a while, she responded.)

When I heard her voice at last, I told her who I was and asked her to describe her husband. She seemed surprised at the question, but gave me a description. Then I asked her where she had lived in Debrecen, and she told me the address.

Asking her to hold the line, I turned to Paskin and said, “Did you and your wife live on such-and-such a street?”

“Yes!” Bela exclaimed. He was white as a sheet and trembling.

“Try to be calm,” I urged him. “Something miraculous is about to happen to you. Here, take this telephone and talk to your wife!”

He nodded his head in mute bewilderment, his eyes bright with tears. He took the receiver, listened a moment to his wife’s voice, then suddenly cried, “This is Bela! This is Bela!” and he began to mumble hysterically. Seeing that the poor fellow was so excited he couldn’t talk coherently, I took the receiver from his shaking hands.

“Stay where you are,” I told Marya, who also sounded hysterical. “I am sending your husband to you. We will be there in a few minutes.”

Bela was crying like a baby and saying over and over again. “It is my wife. I go to my wife!”

At first I thought I had better accompany Paskin, lest the man should faint from excitement, but I decided that this was a moment in which no strangers should intrude. Putting Paskin into a taxicab, I directed the driver to take him to Marya’s address, paid the fare, and said goodbye.

Bela Paskin’s reunion with his wife was a moment so poignant, so electric with suddenly released emotion, that afterward neither he nor Marya could recall much about it. “I remember only that when I left the phone, I walked to the mirror like in a dream to see if maybe my hair had turned gray,” she said later. “The next thing I know, a taxi stops in front of the house, and it is my husband who comes toward me. Details I cannot remember; only this I know—that I was happy for the first time in many years..... “Even now it is difficult to believe that it happened. We have both suffered so much; I have almost lost the capability to not be afraid. Each time my husband goes from the house, I say to myself, “Will anything happen to take him from me again?”

Her husband is confident that no horrible misfortune will ever again befall the. “Providence has brought us together,” he says simply. “It was meant to be.” 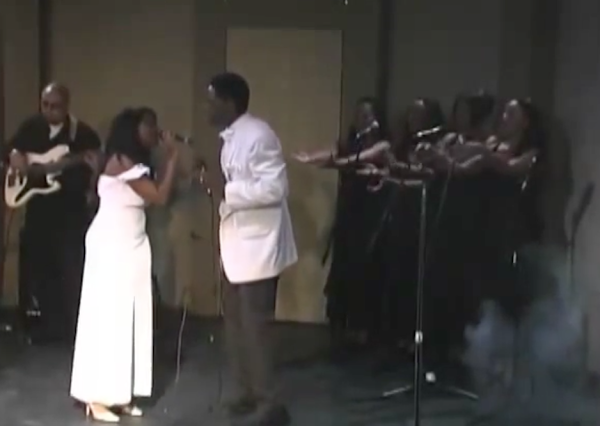 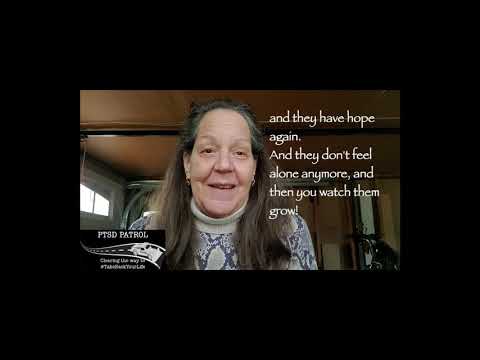